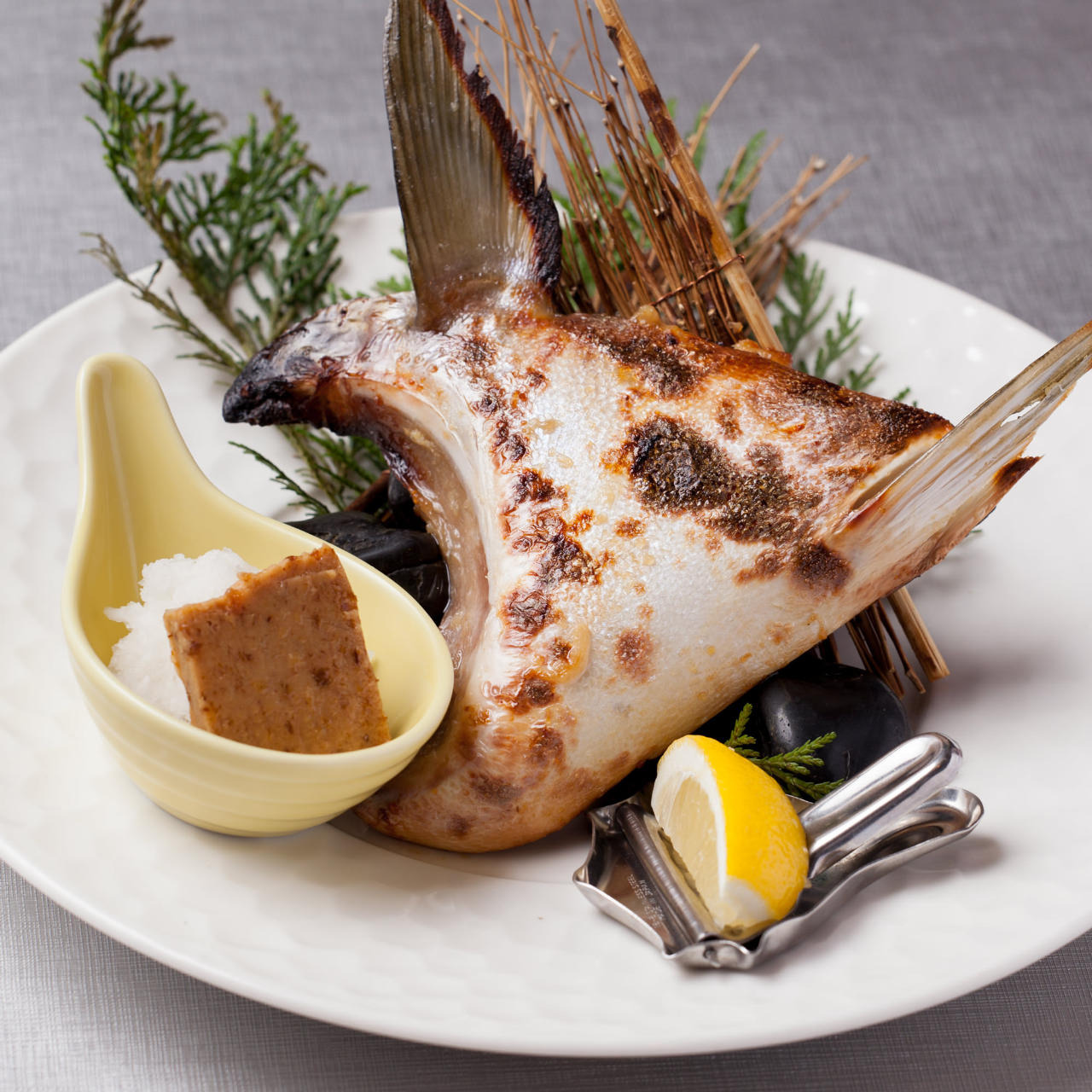 As expected, the original! I was taken to Akita Prefecture. The crunchy “Hinai chicken grilled with salt”, the smoked scented “Iburigakko” (smoked with samurai), and of course the “Kiritanpo”, which was thick and moist, were all excellent. The taste of Nigiri and Seri from “Kiritanpo Nabe” was a delicious taste that can only be tasted locally. I feel like I'm shopping online, so I'd like to order "Kiridanpo" next time I want to eat it. If you can go to Akita again, I would like to stop by.

The authentic Kiritanpo is exquisite! I used it as a night business trip. It was nice to have a taste of Akita from 5 small plates. There are five kinds of sashimi, and it was fresh from the local sea. Grilled fish with local black soy salt. The bloody “Mefun” was exquisite. I got the famous “Kiritampo” in the finish, but the deep dashi of the Hinouchi chicken spread throughout the pan, and the perception of Kiritampo changed. Thank you for being delicious.

...If you do not make a reservation here, I think it will be tough. If there are few people, this is a counter near the entrance. Enjoy a glass of sake and local cuisine while watching the hearth of the charcoal. I feel Akita. Depending on the time, Namahage will come to talk to the self-confident who drinks delicious liquor and will take a commemorative photo. Children may cry (laughs), but the market price is 2,000 yen, such as throat black Grilled salt. We recommend sake in a limited quantity of bamboo itself. I was able to enjoy it for about a thousand yen. Assorted gacco (pickles) is fun!

This is a restaurant where you can enjoy Akita local sake and local cuisine. Delicious dishes such as Kiritanpo Nabe, Iburi Gacco, Chicken, Hata Hatano Salt Grilled, and local sake such as Tennoto and Aji. I drank too much.

...Hotakizoku's Okizuke and Hatahata Shio-yaki are recommended. This is an Izakaya located on the 2nd floor of a convenience store about 3 minutes on foot from JR Akita Station. I went to this restaurant near the hotel where I stayed because I could eat local food. Ordered mainly on local dishes such as sashimi platter, grilled fish (with raw eggs), grilled Hinai chicken, Okizuku firefly bandits, and grilled sea salt. Among them, I would like to recommend the firefly bandits and the Grilled salted fish. The flavor and depth of taste of firefly pickles are exquisite and never tasted! The salt-baked hatahata has a child and is just amazed at the texture of the egg. Akita with such delicious local dishes became very enviable. There are also many types of liquor. However, there were many common shochus because of the local pattern. Two people drank alcohol and it was just under 9,000 yen.

...When you come to Akita, you always come to Kawabata. I feel walking on the main street of Kawabata's downtown area, but I feel lonely every time I come. I think that Kawabata is still more so in the snow. The kamakura along the main street literally has a kamakura in front of the store, and it stands out, making it a landmark. It's like a local pub specializing in local dishes using Akita's mountain and seafood as ingredients. I am happy to be able to enjoy both the Sea of Japan seafood and the mountain dandelion pot at the same time. There is a booth seat shaped like a kamakura in the store, but it is small and is not recommended for people with claustrophobia. Let's change to a regular table seat. This time, I ordered several dishes such as Grilled saltfish and skewered skewers, mainly from Hinai chicken cricket dandelion pots, all of which are satisfactory. Hinouchi chicken has been described as “Japan's three major chickens” together with “Nagoya Cochin” and “Satsuma chicken” and is raised and raised in nature, so it has a wild and elastic texture. It is said that when you actually eat it, it is exactly the same, and in addition to this, you can add crisp dandelion vegetables and rice in a clear soup of Hinai chicken and bring out a blissful taste. Hatahata has a big child and is about two times larger than Hatahata you often find at supermarkets in town. Locally, the grouper egg is called “buri-ko”, but this “buri-ko” has a stickiness that pulls the string, and it is crisp and smells.It is delicious with an unusual texture. As a child, Akita's local cuisine is rare, and it is fun just to go to various local restaurants.

A house in the Sanno area of Akita, quietly standing along the old national highway. The shop is not very large, but you can get a taste of Akita cuisine that is polite. This time I used for entertainment, but Nakai's wait was smooth and safe. We enjoyed Akita dishes such as Kiritanpo and sashimi and grilled salmon. Since Akita's local sake is abundant, I think it is a good place to bring people from outside the prefecture. The price is a little higher.

I went there at the recommendation of a junior who worked in Akita City. Local cuisine was not lined up with 10 dishes, but the price was reasonable and the contents were good. Of particular note are the chicken wings of Paika and Hinouchi chicken. Paika feels like pork belly cartilage, with strong fat and umami added to the cartilage accents. What I ate here felt a beast in a pig. The chicken wings of Hinouchi chicken have a more chewy and savory taste than the wings. I thought that chicken wings were the best way to cook local chickens.

I went with my family. The menu was abundant and the recommended menu was good. The first time I ate the salt-baked grouper was delicious. I like Bakuhai over White Bakuhai. It is a vibrant shop with many young employees.

Grilled Salt ranking in Akita was based on Grilled Salt Score, which was calculated from internet user reviews and upvotes on imachika.